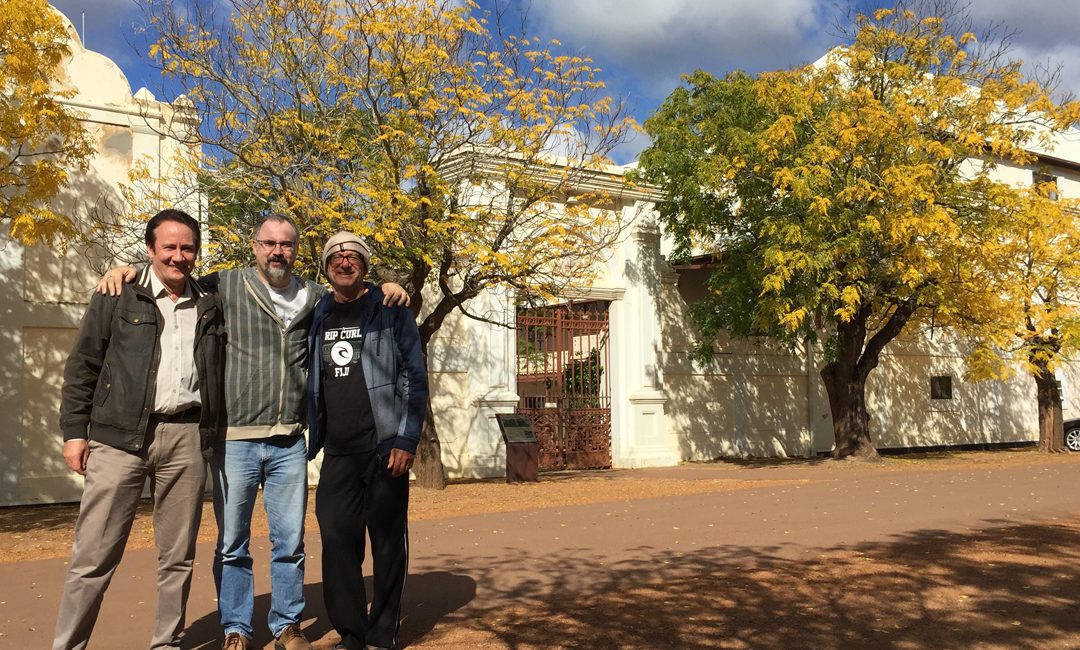 Over the weekend a small group of Perth UBSG members were able to attend what we hope will become an annual retreat in the monastery town of New Norcia.

150km outside of Perth lies a jewel of WA history and a monastic tradition which traces it’s origin back more than 1500 years. New Norcia is Australia’s only monastery town, and houses a small community of Benedictine monks who established the monastery in the mid-1800s.

We were fortunate to spend some quality time with a very friendly and knowledgable Dom Chris, who related to us the incredible story of how New Norcia came to be, and also patiently answered all of our questions about monastic life and the Rule of Saint Benedict, which they live by.

Many of our images of monastic life were dramatically altered by our talk with Dom Chris, as well as the small slice of life we were able to share with the monks while we were there. Rather than a group of religious idealists who have isolated themselves from the outside world to devote themselves entirely to religious pursuits, we saw a group of vibrant religionists who on top of their full schedule of religious devotion, have to make time to minister to and visit with a continuous stream of guests, have to manage the town, have to find ways to support themselves, and have to learn to live among their ‘family’ of brothers. This is not unlike the lives of everyone else who has to juggle a personal religious life with the demands of work, and family.

Because only a small group attended the retreat, each person was able to present a talk on topics which they felt would be of interest to the group. On Friday night we got right into it with an overview of the Foreword; focusing on Deity, Divinity, Personalisations of God, and, of course the Absolutes. The Foreword is the foundation on which the rest of the Urantia Book rests, and the effort we put into trying to understand the Foreword will surely deepen and enrich our understanding when we tackle other parts of the Book.

Saturday morning was spent learning about the monastery and the Benedictine way of life with Dom Chris. Saturday afternoon we were treated to a presentation on God the Supreme, and were able to take the big picture from the previous presentation and focus in on a discussion of the current universe age and the adventure that we are all participating in. (whether we know it or not!)

We finished with enough time to attend VespersVespers is the sunset evening prayer service in the Orthodox, Western and Eastern Catholic, Anglican, and Lutheran liturgies. with the monks.

Saturday evening was devoted to an investigation of Faith from the perspective of science. We concluded that there is room in science for the phenomenon of faith, and were treated to the example of two atheists who were forced by the results of their investigations to become theists. The most well-known of these is, of course, C.S. Lewis.

Being so far out of the city also gave us the rare opportunity (for city dwellers) to get a glimpse of the night sky in all of it’s magnificence. Next time we are bringing a telescope along!

The weekend ended far too quickly, and we are already planning our next retreat. If you would like to participate, please get in touch! The next retreat will be in early October.