Aliens and The Urantia Book: Some Thoughts- More Questions 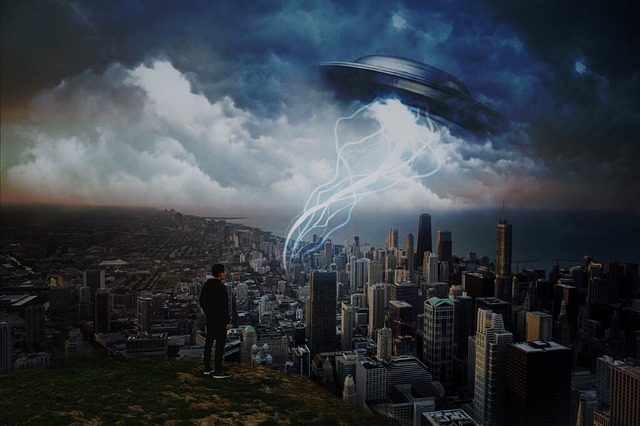 We are assured by the authors of The Urantia Book that we live in a well-ordered, lovingly administered universe. As a serious student of the Papers, I also share this “bigger picture” perspective, so I often find it frustrating when I settle in to watch a hotly anticipated new sci-fi movie only to be confronted with the same cookie-cutter Hollywood depiction of aliens who are out to destroy our planet and enslave, exterminate, or even engorge themselves on us poor humans. I think that the closest that Hollywood has come to depicting the reality of monster aliens is in the movie, Ender’s Game (spoiler alert: WE are the monsters). Ender’s Game is a notable and praiseworthy exception to their rule.

The only redeeming qualities that allow me to sit through most sci-fi alien movies are, of course, the awesome special effects, and more importantly the portrayal of humans forced to abandon their limited nationalistic worldview in order to unite against a threat that we all face as one- regardless of borders, cultures, or races. It makes me think. It makes me ask the question: is that what it would have to take to unite us all, finally, into one global human family? Is it only through the realisation of a global threat that we can finally give birth to a truly global consciousness?

It’s a question that really deserves some serious thought.

Another question which deserves serious thought is that of ‘aliens’. The Urantia Book devotes a large portion of itself to describing just how “not alone” we are; how absolutely teaming with life the grand universe is. We are told in no small detail of the various orders and types of life that populate planets not only throughout the seven superuniverses, but on planets that we are even now discovering in our own backyard as well.

The Urantia Book certainly does have a lot to say, but when you start to dig into any one topic that it covers it’s not long before you arrive at a realisation of just how much it leaves unexplained. The authors describe to us a universe full of life, but fail to make any mention of the UFO phenomenon on our planet. This has been left to us to figure out for ourselves, and there are a lot of unexplained things going on. My two biggest questions in this area are the following:

1. Why is so much space in The Urantia Book devoted to a description of the different types of mortal life populating our universe,
2. If we are being visited by ‘aliens’, why not just come out and tell us so, and what the purpose of these visits is.

We talk about these things every so often at study group and these questions have repeatedly come up. When they do, we always try to take another stab at answering them to the best of our currently knowledge and ability.

My current thinking is that we are told as much as we are about our universe brothers and sisters because we are fast approaching some sort of event where we either find and contact a civilisation on one of the growing number of extra-solar planets astronomers are finding in our ‘immediate’ neighbourhood, or one of these civilisations makes official public contact with us. I’m not sure why else so much detailed information would be included in the Papers.

There are many who believe that we have been visited by extra-terrestrial civilisations in the past and these visits continue into the present day. It is hard to study the Papers without thinking about these things. The Urantia Book tells us that we are one of 37 planets in our System isolated in a spiritual quarantine due to the participation of our planetary administration’s participation in the Lucifer Rebellion. We are isolated from the other planets in our neighbourhood. This satisfactorily answers the question as to why we have not been “contacted” before now, but it raises another important point: if our planet is still isolated and contact with extra-planetary civilisations is forbidden, then who is it that is visiting the planet? The only answer I can come up with is that these visitors are from planets which share in our isolation- visitors from planets outside the quarantine would not be allowed to come here (at least not to the extent that the UFO phenomenon seems to suggest). This line of reasoning then calls into question the motives and purpose of these visitors. I’m not prepared to pursue these ramifications in this article but they form the basis of a great conversation!

Some of you might feel these speculations are idle ones. I would argue that they are not. They are the product of digging deeper into what The Urantia Book tells us and attempting to reconcile what it does not. These speculations are part of our process of trying to figure things out and we would invite you to join us in this process by leaving your own thoughts and speculations on these ideas in the comments below.