Born in The Matrix: Problems and Benefits 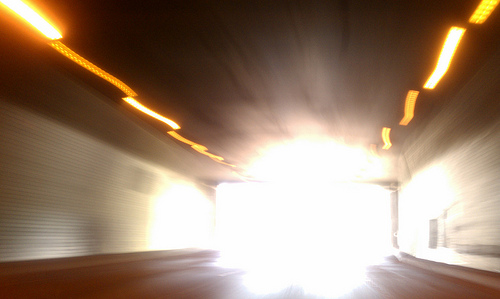 We’ve had some great feedback on our recently published Matrix article, and we would like the sincerely thank everyone who read and commented, both here and on Facebook.  We did a webcast on the Ramifications of the Lucifer Rebellion some time ago and realised that the content was pretty heavy, and full of doom and gloom.  We deliberately tried to end the webcast on a high note describing the long term benefits that we, as Urantians, will have earned by being born here, but I neglected to do so in the Matrix article.  I’d like to rectify that by posting a reply to a reader who commented that after hearing the history of the Lucifer Rebellion, he had a strong feeling that our planet seems to have been abandoned.  I’d like to post the reply I wrote, because it speaks directly to some of the problems and benefits resulting from the Rebellion on our planet:

Disclaimer:  This won’t make much sense unless you’ve read the Matrix article.

I think that regardless of who is in charge of the world, either on the celestial level or on the physical level, the ‘matrix’ is self-perpetuating. The matrix informs our values, provides the underlying structure for our society, and continues to obscure and distract us from the truth. Even though Lucifer and Satan have been incarcerated, it is our own apostate planetary ruler Caligastia, who has remained free to implement the ideas in Lucifer’s manifesto and infuse them into human society over the past 200 000 or so years. 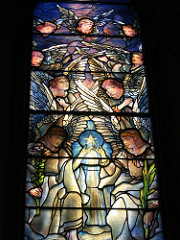 Although I didn’t really talk about it in the Matrix article, The authors of The Urantia Book make it very clear that even though we are currently a quarantined planet, we are far from abandoned. We are lovingly administered to as though we were the only inhabited planet in existence. Our planetary administration continues to function as best it can without its physical manifestation that worlds untouched by rebellion enjoy. We have always had access to the Holy Spirit, and since Michael’s bestowal we have additional help from the Spirit of Truth and the outpouring of the Thought Adjusters upon our planet. We also know that concurrent with the publishing of the Urantia Papers, the first arguments in the case against Lucifer in the superuniverse courts were heard. The rehabilitation of our planet is happening; very slowly from our point of view, but it is only a matter of time.

You make a good point when you ask “how does that make sense?” From our perspective, limited by a view of the universe measured only in decades, and hopelessly distorted by the Luciferian matrix, it is all too easy to come to the conclusion that it does not make sense. However I would suggest that one of the great gifts of The Urantia Book to us is being able to look at the universe through the eyes of the authors, many who have lifespans measured in the millions of years and are free from Lucifer’s influence.

Here’s a quote to show you what I mean:

Time, even in a universe of time is relative. If a Urantia mortal of an average lifespan should commit a crime which precipitated a world-wide pandemonium, and if he were apprehended, tried and executed within two or three days of the commission of the crime, would it seem long to you? That would be a nearer comparison with the length of Lucifer’s life even if his adjudication, now begun, were to take a hundred thousand Urantia years. The relative lapse of time from the viewpoint of Uversa, our superuniverse capital, where the litigation is pending, could be indicated by saying that the crime of Lucifer was being brought to trial within two and a half seconds of its commission. From the Paradise viewpoint, the adjudication is simultaneous with the enactment.” (Paper 54: Section 5, #12)

That’s all well and fine, but that isn’t really helping us here, now, is it!

The thing that I think we will come to realise as we progress through the mansion worlds and beyond, is that there may be a good many people from worlds far more advanced than ours who look upon us with envy. They do so because good strong souls for the Kingdom are forged out of adversity. The greatest affliction in the universe is to never have been afflicted. The backwards and confused soil that a life on Urantia provides is rich beyond compare for the cultivation of the seeds of our souls. This is something that I feel we will truly recognise only once we are removed from it. There is a great book I’d like to recommend called The Seven Circles, By Richard Omura which explores this idea in depth.

Isolation of these spheres affords their races a unique opportunity for the exercise of faith and for the development of a peculiar quality of confidence in cosmic reliability which is not dependent on sight or any other material consideration. It may turn out, eventually, that mortal creatures hailing from these worlds are extremely fortunate. We have discovered that such ascenders are very early entrusted with numerous special assignments to cosmic undertakings where unquestioned faith and sublime confidence are essential to achievement. (paper 50: Section 7)

In closing, I would ask you to try to view all of this from a much larger, universal perspective. I feel that the larger the perspective, the more it all makes sense.