Our last blog post focused on emphasising the fact that Adam and Eve weren’t punished by their superiors for their mistakes.  They were required to confront the repercussions of their mistakes and they did so with unflinching courage and determination.  Not only were they not punished, but after some time in the second garden they were informed that their repentance was accepted and they were forgiven.  They now serve as members of a council of 24 outstanding Urantians who advise our celestial government on behalf of Michael.

This is not how they are remembered, however. Adam and Eve, especially in the Christian tradition, are primarily seen as scapegoats; people to blame for the sorry state of affairs on our planet.  Theirs was the “original sin”.  Through them sin entered the world and mankind having inherited it, must bear the burden with pain and suffering. But in The Urantia Book we are told by none other than Solonia, the “Voice in the Garden”, that Adam and Eve are not the cause of any curse on humanity, and in fact are to be credited with much that advanced civilisation on our planet.  Who would know better than someone what was actually there!

I feel that humanity has been incredibly unfair to Adam and Eve even if it is not altogether deliberate; 35,000 years has done a lot to confuse our racial memory.  Yes, they failed to achieve the larger goal of their mission- to affect the rehabilitation of our planet from the Lucifer Rebellion, but they left the planet far better off than it was before they arrived.  So, in the spirit of gratitude, I would like to devote this post to giving them some of the credit they are due.

In no particular order, here are seven ways that Adam and Eve have directly impacted the lives of everyone on the planet: ( I have included corresponding page numbers from The Urantia Book, but a much more thorough and grounded understanding of Adam and Eve’s contribution to our planet can be had by reading papers 73 through 80)

1. Evolving man was greatly influenced by Adam and Eve’s example of man and woman working side by side as equals.  We know that a planet is not recognised as civilised until it has demonstrated sex equality (564c). Even though this did not happen officially on our planet until 1927 (Birth of a Revelation, Mark Kulieke, pg 10), we can trace the seeds of men and women working together back to their revolutionary and memorable example. (940b)(937b)(836c)

2. They gave us civilisation. Any remnant of the Dalamatia civilisation had long since vanished by the time of Adam and Eve’s arrival on the planet.  It lived only in the memories of the purer surviving bloodlines of Nodites, and the Amadonites. It was not until the Adamites appeared on the scence that we see the first stirrings of a civilisation which flourished and grew progressively into our own.  We know that it was Adam’s descendants who created Urantia’s third alphabet and “laid the foundations for much that was the forerunner of modern art, science and literature.” (850c)

The enigmatic Sumerian civilisation which bursts onto the stage of history with a fully formed, advanced civilisation with agriculture, metalworking, pottery, weaving, writing, architecture, both base 10 and base 60 math, and advanced astronomy, did not ‘discover’ these things at all.  We know that they were the descendants of an advanced race which predated the Sumerians by thousands of years whom we know as the Andites; a mighty mix of Adamite, Nodite, and Sangik peoples.  From the times of the Sumerians, the progressive march of civilisation is well documented.  The foundation of our modern civilisation is firmly rooted in the area between the Tigris and Euphrates rivers; the ancestral home of Adam, Eve, and their progeny.(850c)(869c)(854a)

It has taken thousands of years for the potential of the Adamic biological contribution to flower on our planet. On a normal world, an age of great scientific progress and enlightenment would have blossomed within a few short millennia of Adam and Eve’s arrival.  Here on our confused, backward little planet, lacking temporal superhuman guidance, it has taken 35,000 years for our age of scientific progress to blossom.  Hopefully enlightenment is soon to follow.

3. They gave us vegetarianism.  There are those who, while envisioning a succulent plate of ribs, or a big juicy steak, would have trouble recognising this as a positive contribution. Nonetheless, however high or low on the food chain you get your vegetables, it is an inescapable truth; man can not only live on a non-meat diet, but he can be healthy and thrive.  The example set by Adam, Eve, and their direct progeny of not eating meat profoundly influenced the thinking of many tribes far and wide.  This tradition has survived in greatest numbers throughout the Indian subcontinent. (850b)(851b) 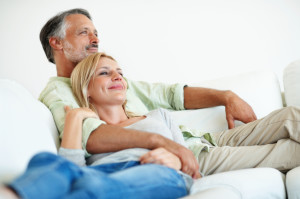 TGIF, and Thank Adam For The Weekend (TAFTW)

4. We can thank them for the Sabbath-day tradition.  Enjoying your weekend?  Well, the tradition of a day of rest finds it’s origin in the first seven days of Adam and Eve’s mission. Although we are thanking Adam and Eve for this, we can also give ourselves a small pat on the back for some misplaced enthusiasm with a “most excellent” outcome.

If our ancestors in the first Garden hadn’t been so overawed and overwhelmed by Adam and Eve and marched on the temple intending to acknowledge Adam as a god,  Adam would never have confronted them on the seventh day after his arrival and stopped their misguided enthusiasm in its tracks. As their leader, he told them, he would accept any honour or any gesture of respect, but worship was reserved for the unseen Father and for him alone.  He then sent them all to the Father’s temple in the centre of the Garden to worship the Father and pledge not to worship any other.  This day then, became the Lord’s Day.  In the tradition of the Garden, this seventh day of the Lord was devoted to culturing the self.  Mornings would involve physical pursuits, Worship in the temple at noon, and the the afternoon was reserved for “mind culture”.  Evenings were a time of social gathering and rejoicing (832d).

*If you are new to The Urantia Book and are thinking that I am confused; it was God who rested on the seventh day, not Adam, let me assure you that I am not mistaken.  The Urantia Book addresses this in great detail. I will refer you to the paper on Adam and Eve on page 836.  (Paper 74 Section 8)

5. We can thank Adam and Eve for the convention of sending ambassadors. When an Adam and Eve come to a planet, it is usually to replace monarchies with representative government. Our Adam and Eve arrived on a planet which had no monarchies to speak of!  Adam was forced to expand the influence of Edenic culture through establishing trade agreements with surrounding tribes.  In this, he employed ambassadors would would promote the interests of Eden to these tribes.(834a)

6. We can thank them for our increased resistance to disease.  We are told in The Urantia Book, that ours is a decimal planet where the Life Carriers were given some liberty to experiment with the implementation of life. On Urantia their goal was to effect an early manifestation of will.  They succeeded in this, but an unintended consequence was the reversion of certain plant life to parasitic bacteria causing a great many diseases in the higher mammals.  The biological uplift from Adam and Eve would have made us “practically immune” to diseases finding their origin in this type of bacteria.  The biological uplift was not a complete success, but our immunity to these types of diseases has increased as a result of the Adamic contribution to the human gene pool. I guess what I am saying here is that things could be much worse. (736b)(851c)

7. Michael’s bestowal on Urantia. Their default contributed greatly to Michael’s decision to choose Urantia as the planet of his final bestowal.  In this we can count ourselves the most fortunate in our entire local universe of 10,000,000 inhabited worlds. A Creator Son will bestow himself on only one planet in his vast creation; he chose us. (853b)(852c)

Here are a few bonus extras.  The Urantia Book is full of insights into why we do the things we do. Some of these insights either directly or indirectly connect to Adam and Eve:

1. The tradition of depicting holy or pious men with a halo dates back to Adam and Eve.   Adam and Eve are described as having skin of a violet hue which actually glowed. Later depictions of them and other individuals deemed worthy of such status showed this luminosity emanating from their heads; just as Adam and Eve would have looked when fully clothed. (834d)

2. The tradition of burying noteworthy and pious people under places of worship.  Eve lived for 511 years.  When she died she was buried in the centre of the temple in the second Garden.  Nineteen years later, when Adam died, he was buried beside her.  Every Pope buried beneath St. Peter’s Basillica, every noble or knight buried beneath the floor of a church or cathedral, rests in the tradition of the burial of Adam and Eve. (852d)

3. They re-enforced the maintenance of noble bloodlines. In keeping with the bonus theme of explaining why things are “the way they are”, I will refrain from getting into issues of ‘morality’ here.  So why did they do this?  The most obvious reason was that a large part of their mission was to transform humanity by biologically uplifting us.  This program involved, for lack of a better way to describe it; a massive, global selective breeding program.  Their mandate was to build up a pure violet race to numbers exceeding half a million before attempting to selectively blend with the rest of the global population.  This tradition of Adam and Eve’s immediate progeny intermarrying, again, had a profound effect on surrounding peoples.  It also had the same effect on later Adamite and Andite descendants.  The rulership of Eden was dynastic and succeeded through Adam’s male bloodline.

This practice did not originate with Adam and Eve.  It was also common among the Nodite descendants of the rebel staff. They too were greatly preoccupied with maintaining cultural and racial continuity. We have as an example, Ratta, whom Adamson found and married.  She claimed to be among the last pure line descendant of two of the original Caligastia 100.   That exposes 150,000 years of Nodite bloodline maintenance and manipulation. (835b)(849d)

So, as I have tried to demonstrate, Adam and Eve have contributed significantly to the rise of civilisation on our planet.  For this, they deserve our gratitude.  For the courage, determination, and steadfast faith they showed in facing their mistakes and turning the negative into the best positive they could, they deserve our respect.