The Question of Survival 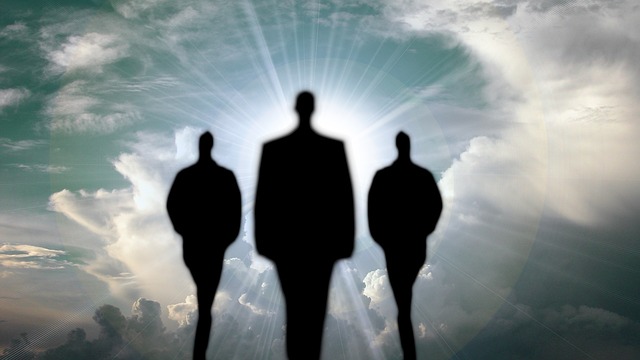 The question of survival weighs upon the minds of many; not just Urantians, although it has been my experience that survival is one of the most popular subjects Urantians devote endless hours to in speculative discussion. We have had many discussions (and arguments) on this subject in study group and over time have begun to flesh out a picture which we believe has a firm foundation in the Papers, and which we would like to share with you in this article. (Please bear in mind that we are still working on this).

Who Survives, and How

Although we can foresee the need for more detail here and possibly more categories, at the moment we are comfortable dividing mortals into 5 distinct categories. (One possible additional category would be ‘those whose lives are unexpectedly cut short’. This could be further subdivided into those who die before the age of choice, and those who die after; we haven’t included this in the article because we’re still trying to fit it in with everything else)

5. Those Who Have No Survival Qualities

Either from lack of capacity, or a lifetime of persistently and deliberately choosing the pursuit of sin and error over the gentle coaxing of the Thought Adjuster, those who have reached the point of cosmic insanity and have been finally abandoned by their Thought Adjusters, do not survive. How does this happen? The path that spirals downward towards cosmic insanity is marked by a small number of philosophic milestones. From the universe philosophic viewpoint, error can be regarded as a misconception or distortion of reality. Evil is the unconscious transgression of the Father’s will. Sin is a purposeful resistance to divine reality- a conscious choosing to oppose spiritual progress. Iniquity consists of an open and persistent defiance of recognised reality and signifies such a degree of personality disintegration as to border on cosmic insanity.

Error suggests a lack of intellectual keenness; evil, deficiency of wisdom; sin, abject spiritual poverty, and iniquity is indicative of vanishing personality control. When sin has so many times been chosen and so often been repeated, it may become habitual. Habitual sinners may become iniquitous, become wholehearted rebels against the universe and all of its divine realities. The authors tell us, ” While all manner of sins may be forgiven, we doubt whether the established iniquiter would ever sincerely experience sorrow for his misdeeds or accept forgiveness for his sins”. The inevitable consequence for such deliberate rebellion against the government of God is annihilation. In the final analysis such sin-identified individuals have destroyed themselves by becoming wholly unreal through their embrace of iniquity. They literally cease to be real themselves. The path towards iniquity is ultimately suicidal.

This is universal justice, but justice is always tempered with mercy. Supreme justice is dominated by the Father’s love. Justice will therefore never destroy what mercy can save. Eternal justice and divine mercy together constitute what we in our experience would call fairness. And “when the provisions of endless mercy and nameless patience have been exhausted in an effort to win the loyalty and devotion of the will creatures of the realms, justice and righteousness will prevail. That which mercy cannot rehabilitate justice will eventually annihilate”.

4. Those Who Require Judgement

With both a Thought Adjuster and a Guardian Angel attendant upon each mortal who have intimate knowledge of their charge and whether they will survive or not, we would posit that in many cases it is not necessary to have the Ancients of Days literally judge each and every mortal creature who dies. There are only seven Ancients of Days and for them to have to judge each and every mortal would take up all of their time. They are resident in a superuniverse of space and time and even in Uversa, there are only so many hours in a day. (Think of the billions and billions of inhabited worlds in our superuniverse, and then all the mortals on each of those dying each and every day!) Therefore we speculate that, for the most part, the process is automatic. If a mortal has met certain criteria, they survive. Only if there is some question as to whether the mortal in question has met those criteria do we think that the Ancients of Days would become personally involved and “judge” that mortal. As questionable as it is to quote Lucifer, he is on record as saying as much; that resurrection is automatic save for the intrusions of the Ancients of Days. The mortals who fall into this category are for whatever reason on the borderline between surviving and not surviving.

Sleeping survivors are discussed in the Papers. We know that this group comprises those who although possessed of survival qualities and capacities, have for whatever reasons not achieved the third cosmic circle and must wait for a dispensational, special, or periodic resurrection. Most of the reasoning behind this is probably due to the fact that before achieving the third cosmic circle, guardian angels (seraphic guardians) minister to groups of mortals- therefore each of these groups would have to be resurrected at the same time. We are currently toying with the idea that group resurrections may also facilitate the resurrection of those who may have serious problems with, or reactions to, the experience of resurrection and require a great deal of assistance to transition to the morontia life.

This group of mortals demonstrate undoubted survival qualities and have achieved the third cosmic circle. Achieving the third cosmic circle allows a personal seraphic guardian to be assigned to each mortal, and allows for the possibility of an individual resurrection, on the “third day”. Continuing with our previous speculation, those intellectually, emotionally, and spiritually advanced enough to achieve the third circle would most likely have much less trouble and fewer severe reactions to resurrecting, and would require less effort to transition to the morontia life.

So far not so complicated, right? Here on Urantia however, when is it not complicated!? Are we not, after all, an experiment gone wrong?  The mechanism of survival is basically as we have described, but on a planet such as ours there are huge complications. What about a person who has been born into one of the modern Urantian societies and is brought up in the current secular materialistic world view? They are taught that there is no God, they live in a society in which science is the highest ideal, and religions are being increasingly marginalised as they become overrun by very vocal fundamentalist factions which literally ooze ridiculousness and even insanity. The secular materialistic world view does not allow for the separation of God from institutional religion. What about these people who, based on the world view of the society they have been born into that colours the very way they think and feel, and which qualities they hold dear, rarely have a spiritual thought? Where do they fit in? Is it fair to say that they don’t have survival qualities or capacities? If they were raised within a different, more spiritual – less materialistic world view, would their possibly suppressed capacities then begin to flower?

We think that for the most part, The Urantia Papers tell us how things are for the 99.9% of the worlds and mortals out there who have not been touched by rebellion. We are then left to compare that to what we have here. We are penalised by our environment, and because of this we believe that justice on Urantia is tempered by mercy’s gift of time. The evil that we commit based on an erroneous world view fostered by Caligastia’s 200 000 year long campaign of deliberate distortion of reality and truth is something that can only be dealt with mostly on the Mansion Worlds- we are given the time we need to have a glimpse of undistorted reality and truth before we can make our decision to proceed or not. If this were not the case, how could we be expected to choose at all? 98% of the world’s population doesn’t even know that we are supposed to be making a decision.

We did some research for a webcast entitled Ramifications of the Lucifer Rebellion (listen to it here) and the results were unsettling to say the least. Lucifer’s manifesto still underlies a great deal of modern Urantian civilization, to the point where each and every single one of us will need serious rehabilitation once we reach the Mansion Worlds.

This is as far as we have gotten on this. We realise that we have a lot more work ahead of us, but as we mentioned at the beginning, we’ve done some work and wanted to share it. Perhaps with your feedback we can build this out into something really solid.